Here's what our customers say about us

What do our customers think about our free service? Read unfiltered reviews below, from an independent, third-party website.

What is health insurance?

Health insurance is a type of cover that will protect you when an unexpected medical situation arises, or there are ongoing costs related to a health condition. It typically covers surgical, medical, diagnostic and other health-related expenses that come up when you’re looking for answers or undergoing medical procedures.

Health insurers may either reimburse you for medical costs or pay the hospital or treatment provider directly.

Importantly, health insurance allows you to access private hospital treatment, so you won’t need to go on a public hospital waiting list. It means that you have more treatment options and specialists to choose from.

Why should I get health insurance?

While New Zealand has a health system that covers emergencies, our access to non-emergency services is not as efficient or readily available. This includes tests, scans, elective surgeries and surgery for conditions not considered critical at the time.

In other words, if you don’t have significant savings to tap into you might not have even seen your first specialist in the time it takes someone else to receive treatment privately. This is where health insurance that covers you for private surgery or non-funded medication costs is key to preventing delays in care or the range of treatment available to you.

Health cover should give you peace of mind in two main areas:

And there are further benefits to customised health insurance beyond just those two.

According to a survey by TNS research, waiting lists for elective surgeries at New Zealand’s public hospitals average 304 days. Even before the pandemic affected our public health system, the number of people waiting over a year for life-improving surgeries was on the rise, and half of New Zealanders surveyed thought waiting lists would get even worse in the next 10 years. That’s a reasonable concern – as New Zealand grows, hospitals will have to service more people, and as our population ages, treatment loads will increase. Will DHB funding and resources be able to keep up with demand?

For many health conditions, we’re told early diagnosis is key to the success of treatment. But it’s often difficult for a doctor to diagnose the severity of a health complication in its early stages, as they can be working with limited information, based on visual and reported symptoms. And long waiting times add further risk because things can change in your body before you get seen.

For diagnosis, doctors typically will refer you for further testing or follow-up treatment. This is where things can go wrong, as at this point you can get put on a public hospital waiting list for treatment or tests. If you’re able to access private health treatment through your insurer, and you choose the right health insurance cover, you could get treated much sooner.

We specialise in finding the right insurer at the lowest market prices, tailored to your specific needs. This is all free to you – there are no hidden fees and neither we or any recommended policy providers add any extra costs.

Choosing the right health insurance cover means, depending on your individual policy and level of cover, you can claim for up to 100% of the costs for things like private hospitalisation, treatments, tests, scans and non-funded drugs.

That last one is very important, because non-funded drugs are not covered under most policies. Non-funded drugs are simply ones that the government does not subsidise under PHARMAC. The schedule of subsidised drugs can change but often new treatments don’t get added for some time – over 800 days, on average – after they are approved here in New Zealand and already in use elsewhere.

Unfortunately, the PHARMAC non-funded list is a big one. A 2021 IQVIA report commissioned by Medicines New Zealand ranked New Zealand last for both access to publicly funded modern medicines and for pharmaceutical investment in these new prescription medications.

The report showed that of the 441 modern medicines introduced between January 2011 and December 2020 in OECD20 countries – which includes the USA, UK, Germany and Australia – only 34 (8%) were funded in New Zealand.

Not many policies cover non-funded medications. Only a handful of insurers even offer the cover. If you need access to expensive treatments, this is an important factor in your choice of providers.

How Policywise compares to other online quote providers

But for Kiwis who need non-emergency care such as diagnostic tests and surgeries it can take a year or more to get the treatment they need. In some cases, patients are declined treatment to prioritise other cases on what can be very long waiting lists.

Rising drug and treatment costs can add further stress for patients who struggle to cover the price of access to non-subsidised medications and procedures. 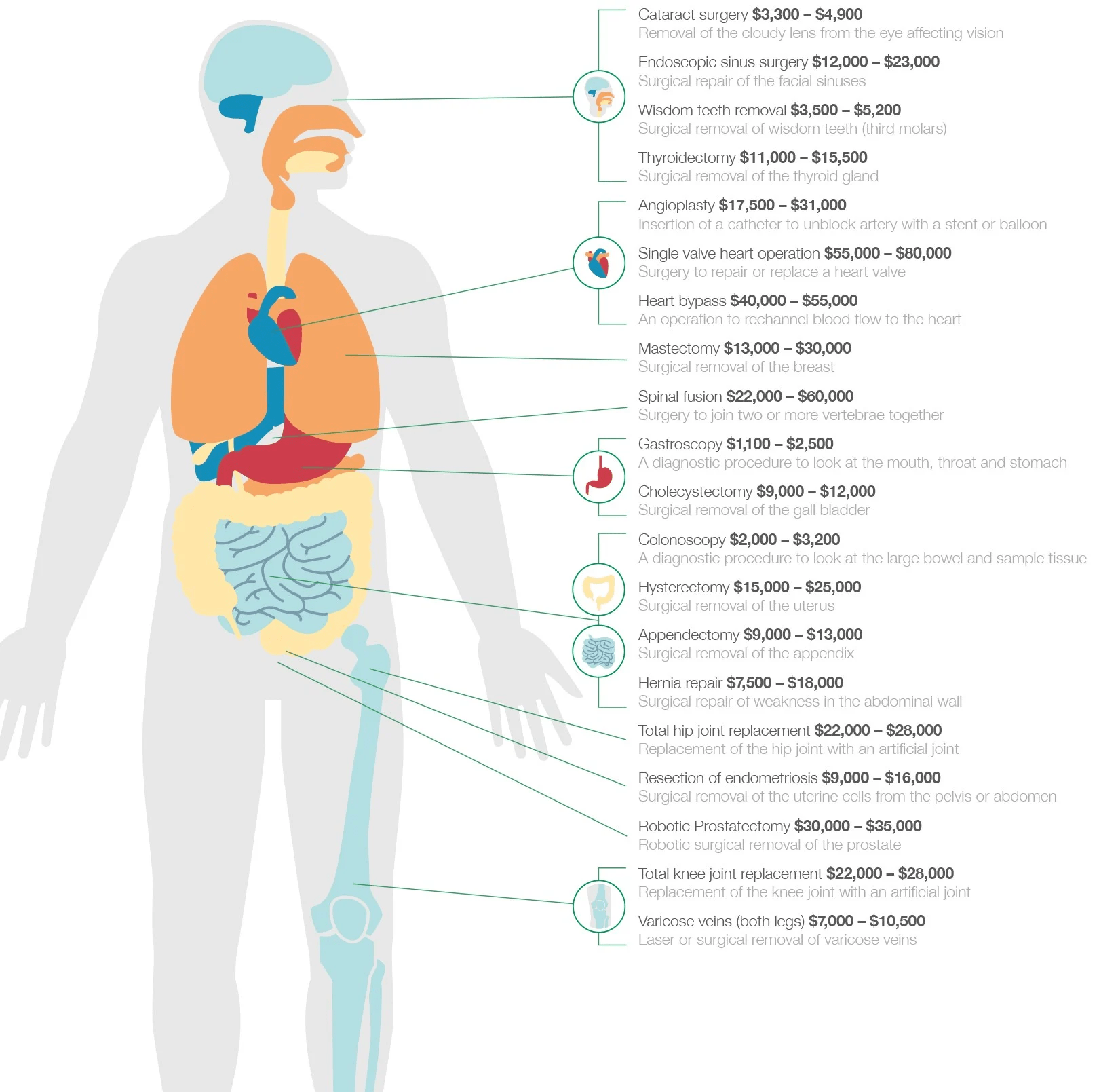 Compiled by nib from claim statistics for October 2020 to February 2021. This is an illustration of costs you could expect to pay in a private hospital without health insurance. It is not a representation of conditions covered on your policy or the amount that would be paid by an insurer in the event of a claim.


You can talk to a Policywise adviser for more information on these plans and other health insurance options.

How Policywise works in 3 easy steps

Click the button to learn more and get protected:

Quickly find the cover that’s best for you